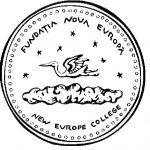 In the 2012-2013 academic year, two ethnomusicologists, starting from their own research projects, had the initiative to organize an international symposium with the New Europe College Institute for Advanced Study in Bucharest. At first sight, the projects seemed to have little in common: Costin Moisil was investigating a variant of Orthodox Church music in Transylvania, and William Tallotte was looking into the ornamentation notation and practice in the Carnatic tradition. The gap between Romania and the south of India was populated and enriched through papers that focused on Cyprus – Nicoletta Demetriou –, broadened the perspective on south India – Richard Widdess – or aimed at lesser known aspects of French Baroque opera – Jaakko Olkinuora. All these analyses of disparate spaces and times were grouped under the thematic umbrella proposed by the two convenors:

“Notation is a fascinating area of musical practice since it strongly interrogates the relation between sounds (the music itself and its performance) and signs (a phonic, graphic or gestural representation of music). One may note, indeed, that oral and written aspects tend here to converge and overlap: while a musical notation often includes an oral dimension, a musical performance often displays esthetical and structural features embodied in its written form. This symposium proposes to explore how different cultures, through particular approaches, deal with musical notation, and why musical traditions in which oral transmission, memorization, variation and improvisation are preeminent feel the need to develop formal systems to represent and/or visualize music.”

So here we are, a year after the symposium, with a journal issue (which deviates from the usual structure for a precise reason) meant to record in writing the orality of the discussions that took place at New Europe College in July 2013.